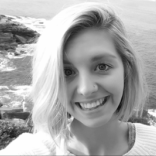 Many studies have shown that diets that include plenty of whole grain carbohydrates, such as the Mediterranean diet and the pro-fertility diet, increase fertility and lead to healthier pregnancies.

A cohort study of women from the Netherlands found that higher adherence to national dietary guidelines, which includes prioritising at least 4 servings of whole grains per day, was associated with an increased chance of pregnancy following IVF/ICSI treatment.

Authors of these studies did not evaluate specific components of the diets and so it is hard to ascertain whether whole grain intake dietary components are the cause of the associations.

But we do have some evidence specifically looking at whole grains. A prospective study in women undergoing IVF found that the more serves of whole grains women ate, the more likely IVF was to be successful.

At the highest level of wholegrain intake there was:

A one serving per day increase in whole grain intake was associated with a 33% and 27% higher chance of implantation and live birth, respectively!

Why would whole grains have such a benefit on fertility?

Whole grain intake has also been shown to help regulate glucose metabolism and decrease insulin resistance. More on how this affects fertility in the next blog post.

Although we need more research in the area, it’s thought that compounds found in whole grains called lignans may also benefit fertility. Lignans are a phytoestrogen, meaning they act in a similar way to oestrogen in the body.

A population-based cohort study found that higher concentrations of lignans in female urine are associated with a shorter time to pregnancy among couples trying to conceive.

Another study has also shown that high doses of phytoestrogens can reverse the negative effects that clomiphene citrate (Clomid) causes to endometrial thickness.

The bottom line for fertility

Whole grains appear to have a benefit for fertility. Make sure you’re choosing wholegrain carbs rather than refined carbs when you’re TTC, especially if you’re undergoing IVF. 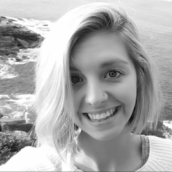 Is A High or Low Carb Diet Best For Fertility?

8 Things You Need to Know About Carbs and Fertility.

Are Soft Drinks Bad For Fertility?

Will Giving Up Sugar Help Fertility?